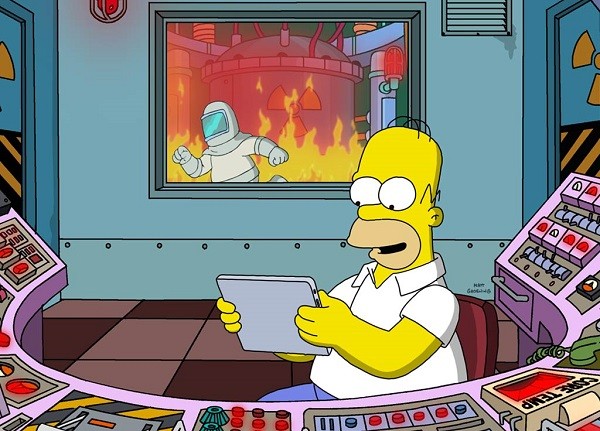 What does concurrency mean? To put it simply, concurrency means the execution of multiple tasks over a period of time. PHP runs in a single thread, which means that at any given moment there is only one bit of PHP code that can be running. That may seem like a limitation, but it brings us a lot of freedom. We don’t have to deal with all this complexity that comes with parallel programming and threaded environment. But at the same time, we have a different set of problems. We have to deal with concurrency. We have to manage and to coordinate it. For example, when we make concurrent HTTP requests we say that they “are happening in parallel”. Well, that’s all fine and that’s easy to do, the problems come when we have to sequence the responses. When one request needs information from another one. So, it is the coordination of concurrency that makes our job difficult. And we have a number of different ways to coordinate the concurrency.

Currently, PHP doesn’t have high-level abstractions to manage concurrency and we have to use third-party libraries, such as ReactPHP or Amp. In examples of this artice, I use ReactPHP.

To understand the idea behind promises we need an example from daily life. Imagine that you are in McDonald’s and you want to make an order. You pay some money for it thus you start a transaction. In response to this transaction, you expect to get a hamburger and French fries. But the cashier doesn’t return you the food. Instead, you receive a receipt with an order number on it. Consider this receipt as a promise for the future order. Now you can get this receipt and start thinking about your tasty hamburger and French fries. You don’t have them yet so you stand and wait until your order is done. Once its number appears on the screen you exchange your receipt for your order. That is a promise:

a placeholder for a future value.

Promise is a representation of a future value, a time-independent container that we wrap around the value. It doesn’t matter if the value is here or not. We continue to reason about it the same way, regardless of whether it’s here or not. Imagine that we have three concurrent HTTP requests running “in parallel”, so they will complete at the same time frame. But we want in some way to coordinate the responses. For example, we want to print these responses as soon as they come back but with one small constraint: don’t print the second response until we receive the first one. I mean that if $promise1 resolves we print it. But if $promise2 comes back first, we don’t print it yet, because $promise1 hasn’t come back. Consider it as we try to adapt these concurrent calls so they will look more performant to the user.

Well, how do we handle this task with promises? First of all, we need a function that returns a promise. We can collect three promises, and then compose them together. Here is some dummy code for it:

I have two functions here:

From the calling code we simply call makeRequest() function and receive back promises:

It was easy, but now we need to somehow sequence these responses together. Once again, we want the second promise to be printed only once the first one is resolved. To handle that we can chain promises:

In the snippet above we start with $promise1. Once it is completed we print its value. We don’t care how much time does it take: less than a second, or an hour. As soon as it is done, we print its value. And then we wait for $promise2. And here we can have two scenarios:

But because of chaining promises together we don’t have to care about that detail, whether the promise is resolved or not. The promise is a time-independent wrapper and it hides these states from us.

This is how we manage concurrency with promises. And it looks great, the chain of promises is much better than a bunch of nested callbacks.

In PHP generators provide language-level support for functions that can be paused and then resumed. Inside this generator everything stops, it’s like a small blocking program. But outside of this program everything else continues running. That’s the magic and power of generators.

To run this code I use recoilphp/recoil library, which provides this ReactKernel::start() call. Recoil provides the glue that lets us use PHP generators to perform asynchronous operations.

We are still making three requests “in parallel”, but now we sequence responses with yield keyword. And again we print results as each promise finishes but only once the previous one is done.

Coroutine is a way of splitting an operation or a process into chunks with some execution in each chunk. As a result, it turns out that instead of executing the whole operation an once (which will cause a noticeable application freeze), it will be done little by little, until the whole required volume of actions is completed.

With coroutines the order of execution matters. The code runs to the exact location of the yield keyword and then pauses until the promise resolves. Consider the following line of code:

Here, the code will print 'Response 1: , then it pauses and waits. Once the first promise from makeRequest('url1') is resolved we print its result and move to the next line.

Promises/A+ standard for promises says that every promise has then() and catch() methods. This interface allows to chain promises and optionally catch errors. Consider this code:

Here we have a chain of promises passing the result of each promise into the next promise in the chain. But there is no catch() block, no error handling here. When a promise in the chain fails, the control jumps to the closest rejection handler down the chain. In our case, that means that the failed promise will be ignored, and any thrown exceptions will disappear into the void. With coroutines errors become first-class citizens. If any asynchronous operation fails the exception will be thrown:

Generators have a really important side effect that we can use to manage concurrency, they solve the problem of async programming: asynchronous code is non-reasonable. We can’t reason about our code when we have to jump all over the place. But our brain is fundamentally very synchronous and single threaded. We plan our day very sequentially: do this then do that and so on. But the asynchronous code doesn’t work the way our brain works. Even the simple chain of promises doesn’t look very readable:

We have to mentally parse it to understand what is going on here. In this way, we need a different pattern to manage concurrency. And generators very briefly are a way to may asynchronous code look sequential and synchronous.

Promises and generators are putting the best of both worlds together, we have this asynchronous and performant code but it looks like synchronous, linear and sequential. Coroutines hide away asynchronicity. The asynchronicity becomes an implementation detail. And what we write and what we reason about, the flow control now looks very sequential and linear like our brain works.

Talking about ReactPHP you can use RecoilPHP to rewrite promise chains into coroutines so they will start looking like a traditional synchronous code. In Amp you have coroutines right out of the box.