Asynchronous programming is on demand today. Especially in web-development where responsiveness of the application plays a huge role. No one wants to waste their time and to wait for a freezing application, while you are performing some database queries, sending an email or running some other potentially long-running tasks. Users want to receive responses to their actions, and they want these responses immediately. When your application becomes slow, you start losing your clients. Once a user has to deal with a freezing application, in most cases he or she simply closes it and never returns. When the UI freezes from the user’s point of view, it is not clear if your application is broken, or it is performing some long-running task and requires some time for it.

Modern applications tend to be responsive, but some potentially long-running tasks or blocking operations such as network and filesystem I/O or database queries can significantly slow down your application. To prevent an application from being blocked by these operations we can run them in background thus hiding the latency which they bring. So, an application stays responsive because it can continue with other work, for example, it can return the flow to UI or respond to other events.

Most people when they see asynchronous code immediately think “Oh, it’s cool! I can run my stuff in parallel!”. I may disappoint you but actually, it is not true, concurrency and parallelism is not the same thing. It is commonly misunderstood, so let’s try to understand why.

When running something asynchronously it means a non-blocking execution without waiting for completion. Instead, parallelism means running multiple separate tasks at the same time as independent units of work.

Do the task by yourself somewhere else and let me know when you are done and bring me the results. By this time I can continue to run my own task.

Asynchronous code requires handling dependencies between the order of execution and this is done via callbacks. When some job is done it notifies another job what it has done. Asynchronous code mostly deals with time (order of events). 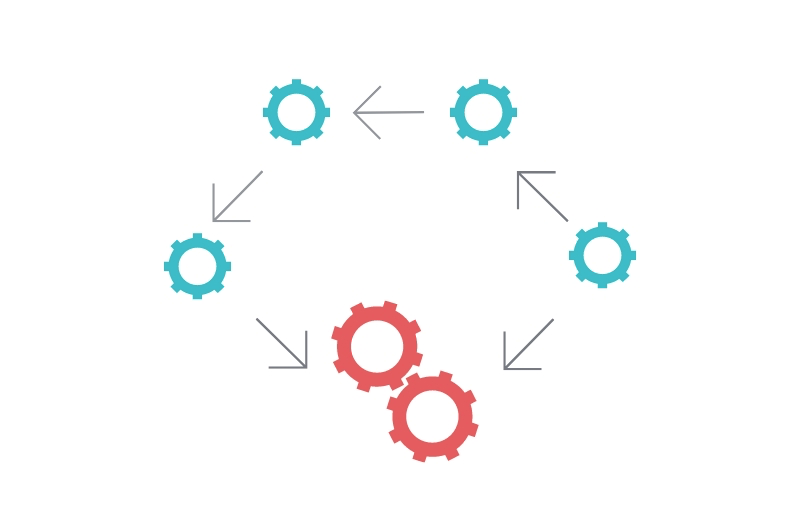 Hire as many folks as you wish and split the task between them to complete this task quicker and notify me when you are done. I might continue to do my other stuff or if the task is urgent I will stay here and wait until you come back with the results. Then I can combine the results from these guys. Parallel execution often requires more resources so it mostly depends on hardware. 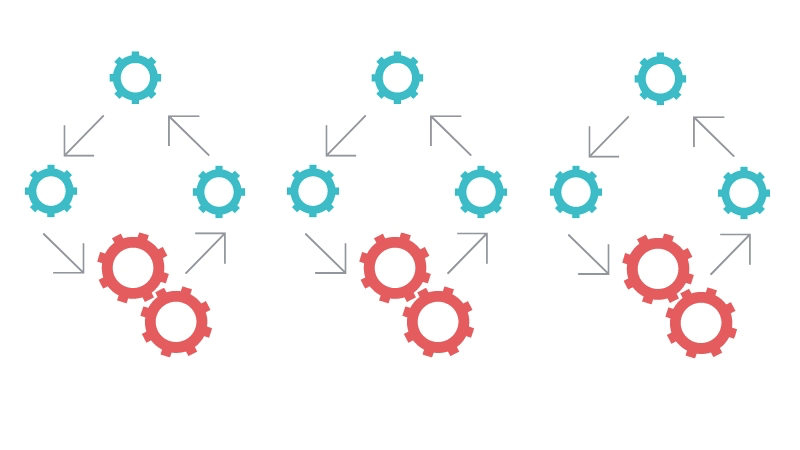 To illustrate the difference between asynchronous and parallel execution on real-world examples, we can compare two popular web servers: Apache and Nginx. They perfectly illustrate this difference: Nginx is asynchronous and event-based, while Apache uses parallel threads. Apache creates new threads for every additional connection, so there is a maximum number of allowable connections depending on the available memory in the system. When this limit of connections is reached Apache refuses additional connections. The limiting factor in tuning Apache is memory (remember that parallel execution often depends on hardware). If a thread stops, the client waits for the response until the thread becomes free and so it can send a response.

Nginx works differently than Apache and it doesn’t create new threads for each incoming request. It has a main worker process (or several workers, often a rule of thumb is to have one worker process for each CPU), which is single-threaded. This worker can handle thousands of concurrent connections. It does this asynchronously with one thread, rather than using multi-threaded parallel execution.

Use can compare concurrency with I\O drivers in your OS (mouse, keyboard, display). They all are managed by the operating system, but each of them is an independent thing inside the kernel. These things are concurrent, they can be parallel but not necessary. They don’t need to run in parallel. So, to make concurrency work you have to create a communication between these independent parts to coordinate them.

Why Bother On Back-End?

Now you can complain that on back-end you event don’t care about responsiveness. You have all these nice asynchronous JavaScript things on front-end and everything your server does is simply responds to the requests, so its front-end’s job to provide responsiveness to a user, but not yours. Yes, it’s true, but back-end is not limited only to API responses. Sometimes you have to manage some complicated tasks, for example, a server for uploading videos. In this case, maybe responsiveness is not a key factor, but we come to resources waisting because an application has to wait. It can wait for file-system operations, for network communication, for database queries and so on. Often these I/O operations are extremely slow comparing to CPU calculations, for example, when we convert video files. And while we are slowly storing or reading a file, our CPU has to wait and does nothing, instead of doing some useful job. As we have already considered instead of waiting we can run these tasks in background. How? Continue reading.

When running this code we see the following:

setTimeout() function queues the code to run once the current call stack is done. This means that we break the synchronous code flow and delay some execution. The second console.log() call is being executed before the queued one inside setTimeout() call.

But what about PHP? Well, out-of-box in PHP we don’t have nice and friendly tools to write really asynchronous code. There is no setTimeout() equivalent and we can’t simply delay or queue some code. That’s why such frameworks and libraries like Amp and ReactPHP began to appear. Their main idea is to hide low-level language-specific details from us and provide high-level tools and abstractions that can be used to write asynchronous code and manage concurrency like we can do it in JavaScript and NodeJS.

Why Should I Use PHP, If We Have NodeJs and Go?

This sort of question is the most frequently asked when talking about asynchronous PHP. Somehow the community is often against using PHP as a tool for writing asynchronous code. Always someone suggests to simply use Go and NodeJs. 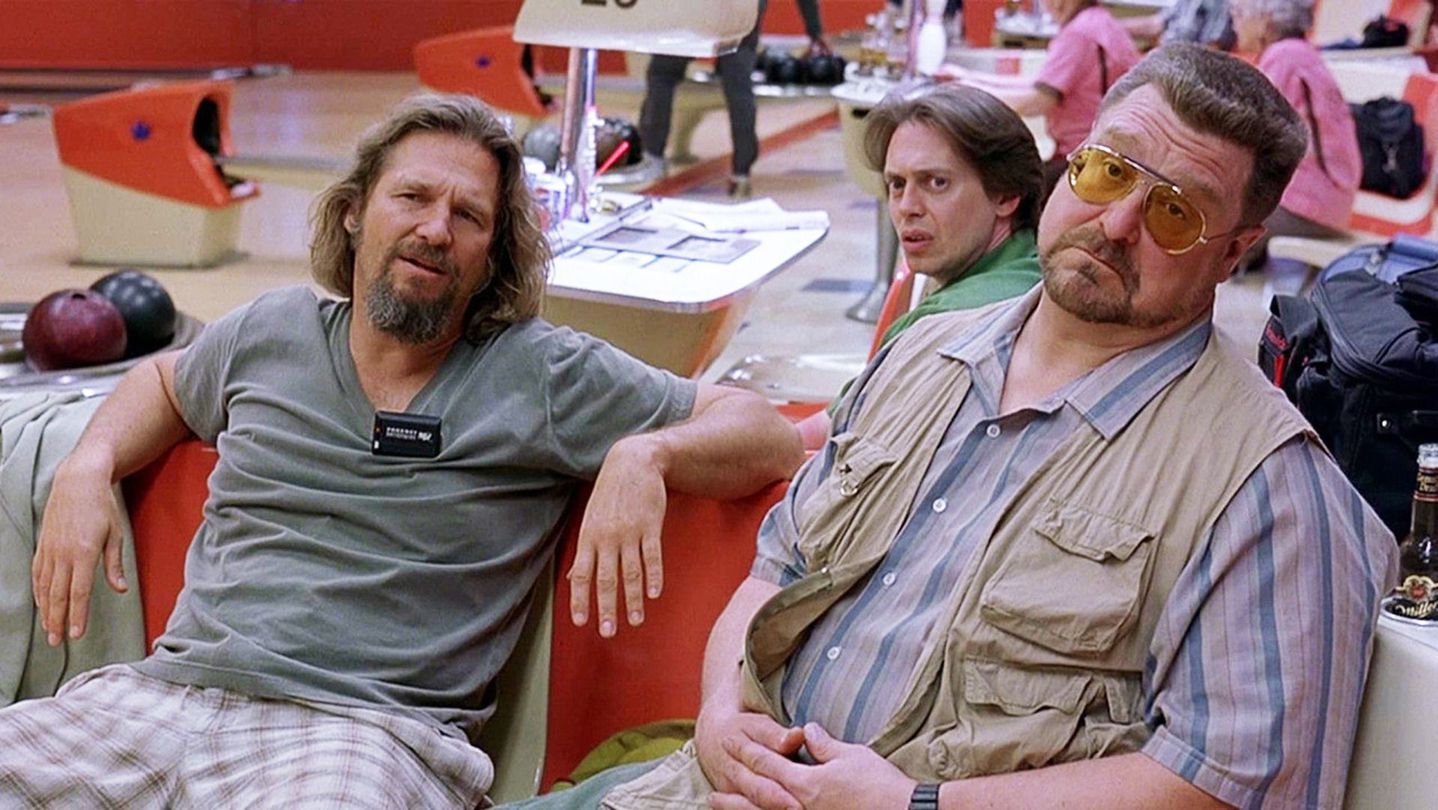 Basically how I feel about every "just use another language instead of async in PHP" post. pic.twitter.com/LnKXTIQodx

Of course, when PHP was created its goal was not to be a programming language that can be used to build large complicated applications. When it happened there was no JavaScript and no asynchronous stuff in mind. But now we have completely different PHP, which already has some native functionality for writing asynchronous code (like stream_select() function).

Yes, you can use Go or NodeJs to create asynchronous back-end applications, but it is not always the case. When you already have a solid background in PHP, it will be much easier for you just to dig in some libraries and tools for your use-case, instead of learning a new language and a new ecosystem. Such tools as ReactPHP or Amp allow you to write asynchronous code like you write it in NodeJS. These tools are mature enough and have stable versions, so you can safely use them in production.

I’m not interested in writing a chat, server or suchlike. I just want to speed up web pages.

It is a sort of common cliche that asynchronous code can be used only in CLI scripts. It is perfectly fine to integrate some asynchronous parts in your traditional synchronous environment, even in a traditional web application. For example, you can receive a request, then asynchronously call several different resources and when these calls will be done, you can continue your request-response life-circle and as a result, the page will be rendered faster. Or you need to make some external API calls, for example, when a user completes a payment you want to send email or push notification. You can make these API calls asynchronously and then continue with your traditional synchronous code flow. There is no need to rewrite the whole application and remove all blocking staff. Just find some performance bottlenecks and maybe they can be fixed with asynchronous code.

Yes, an asynchronous code in most cases is still being used in CLI scripts, but it is not limited to real-time chats and servers. In case you simply want to speed up some of your web pages, there is no need to throw out your Symfony or Laravel framework and create your own full-async application server.

Don’t be afraid to learn new language paradigm. PHP is much more than run the script, execute some code and die. You will be amazed to use your familiar PHP language in a completely new way, in the way you have never used it! Asynchronous code and event-driven programming will expand the way you think about PHP and how this language can be used. There is no need to learn a new language to write asynchronous applications just because someone blames PHP that it is not a right tool for it or because this is how I’ve always done it, it couldn’t possibly be improved on. Just give it a try!